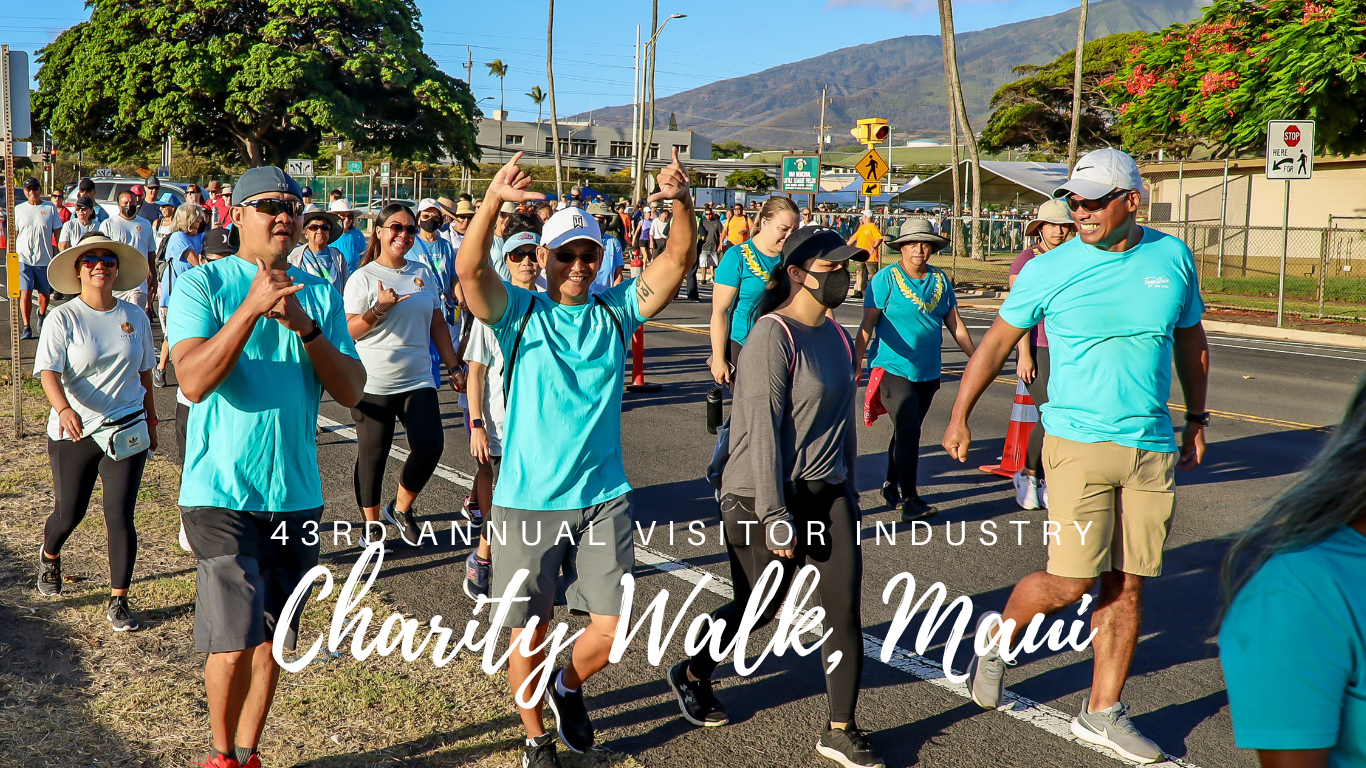 WAILUKU, MAUI – The Maui Hotel & Lodging Association has announced its Charity Walk final amount raised for Maui County during the 43rd Annual Visitor Industry Charity, which exceeded its one-million-dollar goal for a sixth year by reaching an impressive $1,063,027. Held on August 20 this year, under the jurisdiction of the Maui Hotel & Lodging Association, drew over 1,300 walkers. While it was preliminarily reported at the walk that Maui County raised $960,000, funds have continued to roll in, culminating in today’s grand total announcement.

The Charity Walk, one of the largest single-day fundraisers in the state, was held this year simultaneously on Kaua’i, Oahu, Maui, and Hawaii Island on August 20. In 2021, Maui County raised more than $1.2 million, which benefitted hundreds of local non-profit organizations. For the last 13 years, Maui has raised more money than any other county in Hawaii! Since 1980, when MHLA began hosting the event, Maui residents have raised a cumulative total of $16.5 million, all of which remains in the County to benefit the local community.

The annual Charity Walk is the Visitor Industry’s way of giving back to the community. Many MHLA property & business members work year-round to raise funds for this worthy endeavor. “Our industry remains committed to providing for and positively impacting the lives of our residents of Maui County,” says Lisa Paulson, Executive Director for the Maui Hotel & Lodging Association. “We are thrilled to have surpassed the one-million-dollar mark for the sixth year. The additional funds enabled us to award significant and valuable funding to worthy Maui County organizations. The range of services of these recipients touches many residents’ lives from children to the elderly, from athletic organizations to service-related agencies; from health to housing.”

MHLA is a nonprofit organization founded in 1987 to advocate for the Visitor Industry. The organization also provides educational opportunities via the Academy of Hospitality & Tourism and scholarships for UH Maui College students; and benefits the community via the annual Visitor Industry Charity Walk, Excellence in Education golf tournament, and Kupuna Appreciation events.

Benefit from successful lobbying, quarterly mixers, participation in active advisory councils, oversight of state and county legislation that may affect your business, and our bi-monthly newsletter.